Megacall achieves a record increase in turnover on its 12th anniversary 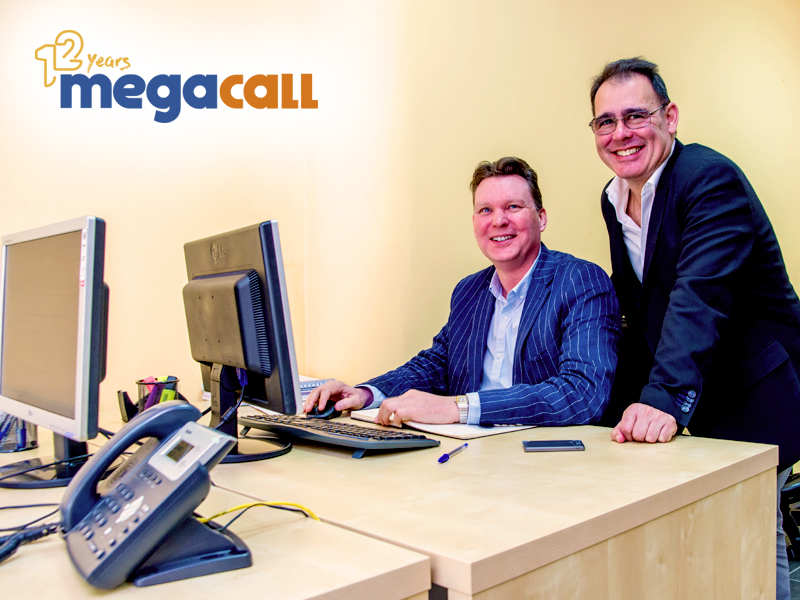 The telecommunications company Megacall celebrates its 12th anniversary of activity both nationally and internationally with a record turnover. Dedicated to providing online communications services to other companies, it has customers in more than 30 countries offering virtual telephony solutions.

Anthony Kauffer, CEO of Megacall, says that “many businesses thought the Megacall way of doing business was short-sighted and would reduce our prospects of growth. Yes, it might have especially in the local Spanish market where the word prepaid has been taken as an insult”.

Megacall is based in Malaga and has an office in England. Its presence is global and it has a large international client base. This is why the Malaga-based company has developed a multilingual team that provides technical and personalised assistance to its clients.

“Where it has been well received is with our many international clients here in Spain, abroad and with our growing Catalan market who have always been a loyal customer base for years”, declares Kauffer. And also adds that “Megacall also pays its providers upfront. Everyone is happy!”

“Our clients have no contracts to keep them tied down to the service and why should we? Our client loyalty is absolute and ours to them. This also reflects in our team at Megacall where we stay together with a joint aim and that’s to enjoy ourselves and make this business last”.

Megacall is in a moment of double celebration, as it celebrates its 12th anniversary and has achieved record turnover last June. Kauffer points out that “maybe we have not grown as fast as some of our competitors. However, we have grown and in the month of June 2020 – yes in a full on international crisis – our turnover hit a record 40% increase and of course 0 bad debt”.

This multilingual business has evolved looking after a multitude of business in over 30 countries and with its in-house system taking care of administrating clients with the optimal routes depending on quality and price and spread over 16 different carriers from 14 countries specialising in our international traffic, which gives Megacall an edge on the rest.

The company was established in the last recession of 2008 mostly with UK clients in the financial world, real estate and timeshare industry “and those that have survived are still with us”.

Finally, Kauffer says that “there is no doubt that this is going to be a difficult crisis for us all, which is not the fault of any government or business. However, it is in all our hands how we are going to deal with it, so that we all benefit and learn”.

Megacall a global provider of cloud based telephony and integrated services announced today in...

This agreement provides customers with a streamlined process when purchasing a complete VoIP phone...

Megacall is a global leader in cutting-edge telecommunications